What makes a place beautiful? Is it the bounteous wonders of nature, the culture and history? Is it the prominent landmarks and tourist attractions? For me it’s more than that — it’s the people. Every time I travel, it’s those random encounters and conversations with the locals that leave a lasting impact to me. The photos may be forgotten, the sights may be replaced in a new adventure, but the new friends you’ll meet will only pass in your life once.

It was without question that I was drawn to Batanes’ enchanting charm and beauty. Unexpectedly, I was also inspired to know more about the Ivatans and their way of life. In a short span of time, I’ve known their common personalities and lifestyle. I guess this is very important in visiting a province: you understand their roots and traditions, beliefs and culture so that you’d be careful not to disrespect them or offend them in any way. As a responsible traveler, it is your duty not only to preserve the natural wealth of the province but also to respect its distinct culture.

Here is the list of things you should know about the Ivatans:

They are honest and trustworthy.

The concept of “honesty store” is very popular in Batanes. People can buy goods without rendering the payment to a person, but instead they can leave it either in a small box or canister. With that, the tourists are expected to be honest with their monetary transactions.

Honesty is one of their core values. There is no reason to fret about your losing your belongings or being cheated on because the Ivatans do not tolerate dishonesty. Theft has no place in Batanes. It’s been said that it is part of their upbringing since childhood.

Ivatans are trained to work hard for a living and not depend on others to sustain their needs. One manifestation of this trait is the absence of beggars in the place. The main industries in Batanes are agriculture and fishing, and obviously, tourism. It is not unusual for them to have more than one job. We were surprised that our tour guide was also a part-time truck driver. Having a simple lifestyle, they just get what they need from their agricultural products. Poverty rate is very low in Batanes.

They do not resort to crimes.

Batanes is known to be a zero-crime tourist destination. No wonder why this place is among the favorite of solo travellers. Understanding the rationale behind this, we were told that if a person committed a crime, it will be known in the entire province or island. It is considered a disgrace to one’s family or entire community. We also heard that if a person commits a crime, he will be evicted from the place or be forced to move to another island because of shame. Petty incidents of crime are usually done by the tourists themselves or foreigners.

Since crimes are unusual in Batanes, our homestays are often left at night by the caretakers unlocked. The old houses in Sabtang are often left open that we wonder if there is anyone residing there. There is no room to worry about security.

They are gentle and kind.

Ivatans are typically shy at first but once you engage them in the conversations, they can relate with you well. They are gentle and respectful. Our tour guide would often include “po” and “opo” in our conversations.

The locals are also kind and hospitable — the tour guides, homestay owners and caretakers and vendor would always greet you with a smiling face and would ask you if you are comfortable or if you need anything. When I dropped my blazer somewhere in Sabtang, our tour guide looked for it even if that meant passing along rugged and steep roads. Fortunately, he was able to find it and he returned it to me. I even told him not to bother looking for it anymore but he insisted.

They have high respect for their culture.

Ivatans exert efforts to uphold their cultural heritage. Old stone houses are preserved until today to showcase the Ivatan tradition of building a sturdy house that can withstand any strong typhoon. Vaculs, or the traditional headdress of women, are still being worn today to protect them from the sun or rain. 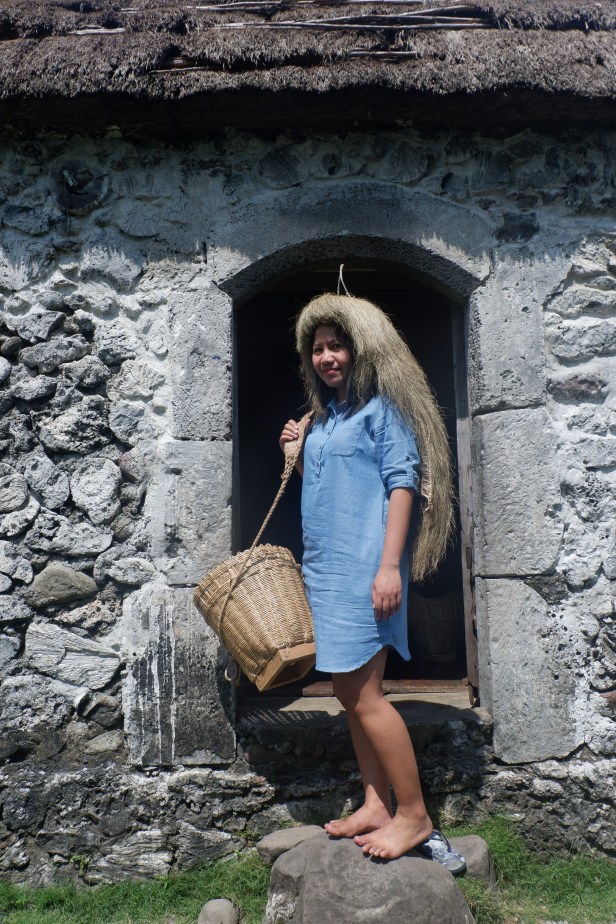 They treat nature as sacred.

Natural wealth is one of their greatest, priceless assets. The natural landscapes of Batanes and the picturesque cliffhanger roads overlooking the seas have paved the way for tourism. This is why Ivatans are very protective of what they have — they are disciplined on garbage disposal and they strictly prohibit the pilfering of any coral or stones from the sea.

Since Batanes is a beautiful place protected and preserved by its ethnic people, the tourists are also expected to be responsible in their actions. Show respect to the locals and elders by greeting them and talking to them. Do not throw your garbage anywhere. Do not take something from the sea. Be polite and show courtesy. Do not keep asking why the prices of commodities are too high because it is already understood how difficult it is to transport these goods.

Be friendly and approachable. Treat them equally but with sincerity. If you’ll show them respect and kindness, they will reciprocate it more with love and generosity.