As one of the corporate people working near Venice Grand Canal in McKinley Hill, we are keen to newly-opened restaurants in the mall. It’s a simple delight to have additional food choices apart from the ones we usually go to, because dining out is always a breather from the office routines. The latest on our radar, Namba Station — is the newest Jap restau that we ticked off from our list. 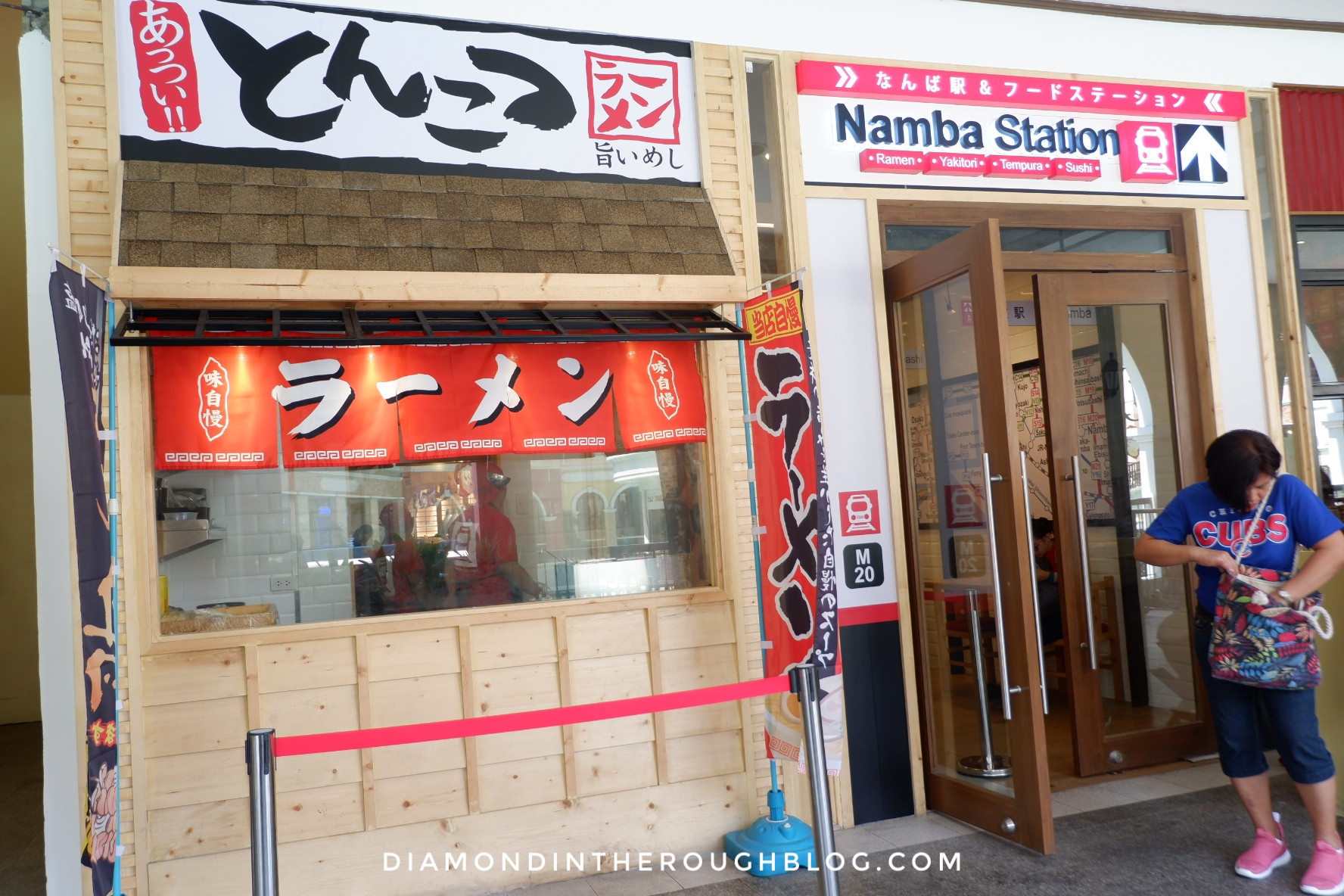 On a working holiday, we checked out if the place is available to go. We’ve heard that the lines are always long, but it’s not a surprising scene for a new restau in Venice. Thankfully,  we got seats quickly as we came early as soon as the mall opened.

About Namba Station and the Ambiance

Namba Station is a name shared by two railway stations in the Namba district of Chūō-ku, Osaka, Japan. One is owned by Nankai Electric Railway, while the other is by the Osaka Metro.

That being said, the entrance of the restaurant is designed as a train station with the railway system in Japan being displayed on the walls.

The inside is brightly lit and cozy. As any typical Japanese restaurant, it has wooden tables and chairs. The interiors are made even more visually attractive with the pop of colors from the wall paintings, frames, and hanging signs with Japanese characters. Photo-worthy or Instagrammable, so to speak.

The entrance is a food counter that displays some items on the menu. Pay at the cashier, and the food will be delivered to your table afterwards.

Few reviews have been written about Namba Station and we were quite taken aback by the negative feedback. I understand that food reviews are still subjective and it depends on the customer’s preference, so we still insisted to try it for ourselves. My colleagues and I ordered Ramen and a rice bowl.

We had the Namba Special (Php 195) and Geki Kara (Php 220) Ramen. The taste is alright for the price, like that of Ramen Kuroda.  You cannot compare it to the well-known Ramen joints in Manila, but rather learn to appreciate it as it is. The soup is fatty and rich, the noodles proportion to the serving size. It has the usual toppings of sesame seeds, mushrooms and spring onions. The only qualm I have is the pork — it’s too thin and more dominated by fat. (I don’t eat fat, you know). The mushrooms were a bit hard too.

The spicy Ramen (Geki Ara) is tolerable on the taste buds.

Gem had the Pork Katsudon. Again, there’s nothing unusual about it, but the price is fair compared to other Katsudon in Japanese restaurants. The taste is a bit bland though, that you have to put seasoning to add flavor to it.

Not Bad for a First Experience

Contrary to the other reviews, our experience in Namba was generally okay. The food arrived on time on the table but again, this might be different during peak hours. Waiters are attentive, but they tend to miss out some things, say tissue or utensils. Also note that it’s a self-service restaurant and there’s a small nook dedicated for this. Don’t hassle yourself waiting and reach it for yourself.

Our orders are relatively few to say a lot about the food in general, but for the price, you know what to expect. Appreciate the good, ditch the bad. Don’t forget to enjoy taking photos at the instagram-worthy space.